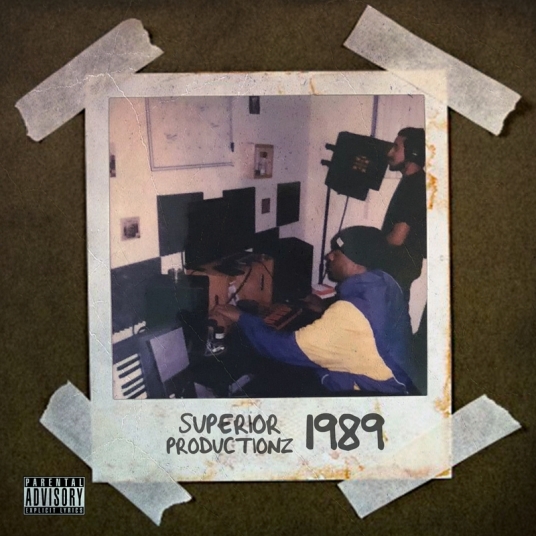 Today I will be reviewing Superior Productionz’s Album titled “1989”. Robert Watkins is a San Diego based producer and mix engineer.  Robert is the  founder of a production company that goes by the name “Superior Productionz”. I just got put onto his music through instagram and I’m glad I did! A dope Producer who is making San Diego proud!

He curated this project and produced it as well. He collaborated with dope San Diego Emcee’s to bring this project to life. This is a very solid album from start to finish. The production and beats are sonically pleasing! The featured artists show off their lyrical abilities . That is what makes this project so remarkable!

This project starts with an intro that uses a news clip speaking on the social climate of 1989, mixed in with a jazz type sample! I might be a bit bias, given I myself am a 1989 baby, but I loved that short intro sets the tone for what’s about to come next!

The first track on the project is “Throne”, which is one of my favorite tracks from this project. The beat has a bit of a dark melody and dope sample scratching. Both Fade Green and Jokwin go in!

Second track “Sicario” is definitely a banger with a catchy hook! You will listen to it once and it will be playing in your head for the rest of the day. I loved this track and the bilingual lyricism by B.O.L.O and Mac Dirrty. I also enjoyed the guitar instrumental. It makes the track stand out.

Some of the themes you will find  through out this album are the struggle one has to face to be the best in the rap game, starting from the bottom and making to the top, braggadocio rap and pure lyricism and dope word play!

The track “Me” with Riston Diggs speaks about loyalty, self love, one’s ego and self-esteem! “Extraordinary” is another track that features Riston Diggs and the beat is straight fire, the bass knocks! This beat sounds like a mainstream trap instrumental and I am here for it! The hook and lyrics go hard!

The second to last track on the album is “Excellence. For some reason the chorus reminded me of Kanye’s The New Workout Plan, maybe it was the rapper’s cadence. The last track “I Just (Outro)” has a smooth funk type vibe. It’s a funny track about just getting high, not getting into distractions and just plotting to get to the top!

Overall this album flowed perfectly. The tracks were placed in perfect order! It started off with hard hitting beats and lyricism and ended with a mellow vibe. The production, content and lyrics complimented each other. It was a cohesive and superior album (pun intended lol) that was curated by a creative individual that happens to be from my beautiful city of San Diego! Highly recommending checking out this album if you haven’t done so already!

Thank you for reading my review. Hope you all enjoyed it! Until next time horror fiends and hip hop heads!