Today I will be reviewing Vel the Wonder’s third album “La Sena Ave”. Vel the Wonder is a lyricist/emcee who is holding it down for the ladies in Hip Hop! As I like to say she is a rapper who just happens to be a female. Her gender should not define her, she is a lyrical beast! Some may consider her underground, but I wouldn’t box her into that category, she is well known. I just recently began listening to her music and she is an amazing lyricist/poet. Her songwriting consists of poetic rhymes that are relatable and tell a story.

For those who do not know who Vel the Wonder is, she started off as a graff writer and her love for the Hip Hop culture led her to become an emcee. She hails from Baldwin Park, CA. She has dropped two previous albums (Laced with Pearls & Joyride) and also some mixtapes. She has remained consistent in delivering albums with substance, dope lyricism and great production!

This album, La Sena Ave. has a mellow jazzy boombap vibe and I love it! It’s an album you can play from start to finish without skipping any tracks. The way the tracks were placed flow beautifully! The album consists of 15 tracks, running time 50 minutes. The production on the beats are by 4thbeats. She raps in English and Spanish. She sings a bit on some tracks like Frutas, Luck and Deep End to name a few. It is mesmerizing and just a relaxing vibe! 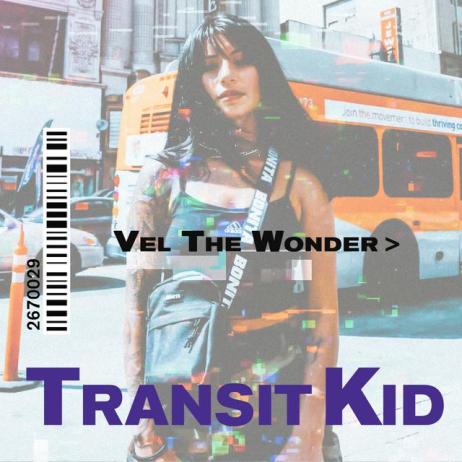 The track “Deep End” is one of my favorite tracks on this project, it has a dope sample. 4thbeats did a great job on the Production! The whole album is cohesive each track blends together perfectly. It’s like a movie in sonic form! The album is a mixture of street rap, love of the hip hop culture and Vel’s antidotes about her personal life. From the passing of her dog to her growth and family bond.

I highly recommend you buy or stream this album! I already bought my copy! It is one of my favorite projects from 2019! I will definitely have it in rotation. This album is an introspective lyrical masterpiece with jazz vibes. You have to listen to it over and over. Every listen I catch something new. This album is like a soundtrack of pure lyricism and poetry. It tells Vel’s story about living in California, the streets, women fighting stereotypes and family values! You can just cruise to this album, press play and enjoy the ride! Vel is the true embodiment of what an Artist is!

Favorite Tracks/Verses: (I love all the songs, but these stood out)

“I’m a real innovative type of bitch
Never follow the course
My people needed water I bottled the source
Yea, speak my future into existence
Manifest my destination
While maintainin’ knowledge and resistance
And I am a women of color with light skin
Ill never forget what my privilege gets me or what I might win
But I promise to use my pens to keep writing
I wont throw in the towel til I get my fight in
I’ll push past all of the tragedies, devastations..”

“Dream big mija
You can see the world
Everything the sun touches is yours
Don’t focus on this place, na
dream bigger than anything then
focus on that race
you were meant for big
Yea I’m talking real loud
Got me feeling like your dad real proud
Listen anything boys can do you can do better and no man will love you more than me ever, your mom too
Rooting for you always focusing on your future always
Take care of your brothers and sisters you only have each other on this earth
I promise you this word you gon’ learn from all of my mistakes
ill prepare for you to settle in for all of life’s embrace
And if I ever yelled a little too much is cuz I love you
My first daughter no one comes above you”

“Oh Mr. Evidence what’s the weather
Leave me underneath this umbrella
Ain’t no motherfuckin fella out or on top?
Better keep your sunshine and pretty days
I’m a threat with rough plays and gritty ways
Step to me pretty ricky or get it a taste of the body bag?
Been blazing since Vinnie Paz, Ill call him the verbal hologram
Smoking on a 100 fucking grams listening to Jedi Mind steadily shinnin 99
Like it ain’t nothin man Protect ya Neck and start a ruckus clan!…”

“What’s a life to live if you can’t love it
Why invest all of your time in something, you can’t hug it
No talking about what you gon’ do if you can’t run it
And don’t be playing these big boy games if you can’t fuck it
I always knew that I was suppose to win
But I didn’t know I have to give up love so I could focus in..”