Today I will be reviewing Real J Wallace’s MYN EP.  The EP consists of only 5 songs with a 10 minute running and one of the tracks being a short intro track. This is a dope project from the production to the lyrical content. There are various Producers from Truelove, Aaron, DJ Inform and more! Real J mentioned on IG that this EP is a series of realizations of what makes him a Man! The intro track “Juice” sets the tone with a girl telling Real J why he knows everything and that is because he is black and blacks are the gifted ones! This is a powerful message, reason being is we normally hear society and media portray blacks and browns in a negative light. To hear this in the intro track was inspiring and uplifting! The second track titled “My Hair” is also a deep song about self love and living life to the fullest at least that is how I interpreted it. Real J raps, “my hair grows toward the sun, yo just have fun!”. Amazing word play and bars on this track. My favorite bars from this track were the lines where he raps “I don’t believe that death is infinite” and the “Cosby” line!

Then the next track is “Pray” which is my favorite track off this project. I love the jazzy boombap beat and the lyrics are relatable. In this track Real J created an ode to all the Gods! My favorite line is “I’m not religious but I’m spiritual/ star children, crystal, Indigo/the past is gone and now’s the ever given miracle”. This track is relatable because I’m not religious anymore. I grew up Catholic, but as I’ve gotten older and decided to seek knowledge I realized I’m more spiritual. I don’t necessarily believe in a God, but believe in the Universe, Yin and Yang and my Abuelita may she rest in peace. There is definitely some sort of higher power, but self belief is also very powerful! 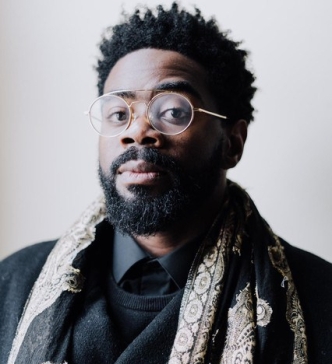 The next track is “Monicas” which has a funk type beat is a very impactful track. Real J raps, “they want all my n****s dead”. He raps about all the Black excellence (Martin L. King, Huey, Tookie) and innocent black men/women who have been murdered in cold blood by police officers, gentrification to drugs being placed in black/brown neighborhoods. The final track is titled, “Peace” which talks about wanting to have peace and hope. Overall it is a short project, but filled with a real message (pun intended)!!! Definitely go check out this project it is very inspiring!