Today I will be reviewing Versoul’s album titled, “Soulrise“. Versoul is from the Bay area. She is an energetic, positive and dope emcee! I honestly had not heard of Versoul or her music. I actually had the opportunity to meet Versoul in person when I saw her open for Gavlyn and Reverie’s ‘Heart N Hustle’ Tour. The last stop of the tour took place in my hometown of San Diego at the AC Lounge. It was definitely memorable show! The energy in that room was crazy! Versoul made me a supporter that night. She slayed her performance. Her lyrics are very relatable and have a real message which grabbed by attention.

I introduced myself to Versoul after her performance. She is very humble! I told her I ran this blog/podcast and that I would like to interview her in the near future. She said she would be down! I also told her I would review any music she had out. She mentioned she had an album that released last year. I copped me a physical copy of Soulrise. I finally had a chance to listen to it in its entirety. The album consists of 10 tracks with 37 minutes running time. Versoul can shape shift in her music

Versoul is from the Bay area and you can tell from the production. You get that popular Bay area sound. I love that Versoul incorporates her multi ethnic culture in her music. The whole album is very inspirational! The intro track, “Soulrise” sets the tone. The track is about being happy where she is today and even if she died her soul would rise! She also raps about people who have been fake, but she also met dope people who were supportive. Then the second track “Limitless” has a darker beat which I love! The song is about fighting and not giving up! In this album you get a mixture of lyrical tracks to turn up music! The track “Bang” is an uptempo beat with a hard bass! It is a dope song about loving your hair and self care. Then a storytelling track and one of my favorites from the project, “Remember to Feel“. This track is empowering for women! The new anthem for the ladies! 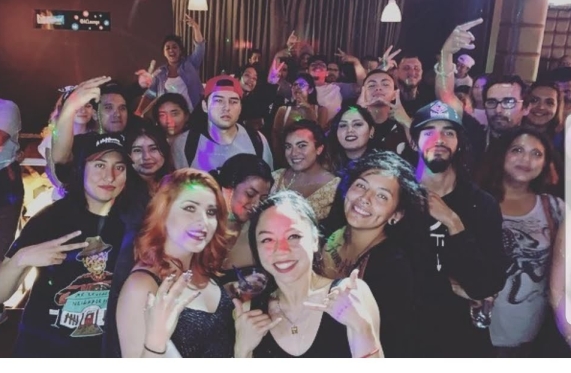 This album has a little bit of everything. For Hip Hop fans who enjoy versatility check out Versoul! She is a dope lyricist, storyteller, positive messages in her music and we learn a bit about her and her struggles and how she pulled through! Very motivational project! Definitely recommend putting this album in rotation! Versoul is very talented she also produced some of the beats on this project. Can’t wait to hear what she brings next! Gotta pay the Bay area a visit soon!

Thank you for reading my album review! Hope you all enjoyed it! Until next time horror fiends and hip hop heads! While you’re at it follow my blog on social media @7octoberz on Instagram and Facebook! Also follow me on Spotify, Itunes, Anchor.fm/7octoberz, Google Play Music to listen to my audio content under: “Nightmare on Sedgwick Avenue” .