IMDB synopsis: “A couple’s first date takes an unexpected turn when a police officer pulls them over.”

Today I thought I would review the phenomenal film, “Queen & Slim“. It is not a horror film, but it is a film with Hip Hop elements. Melina Matsoukas did a hell of a job directing. Also visionary and great writer Lena Waithe brought this story to life. Credit also goes to the main actors who gave breathtaking performances. They really embodied Queen and Slim and gave these characters life! It was an emotional rollercoaster and a poetic masterpiece! A tragic, but beautiful Black modern love story! In the words of Rhianna “They found love in a hopeless place”. A very social political story that perfectly encapsulates the world we live in today where Black Men and Women still are being gunned down by the those deemed to serve and protect.

This film is a true love story, a love that grew from a tragic event! I love that it uses todays modern form of online dating to bring these characters into each others worlds. I watched an interview where Lena Waithe was promoting the film and she stated she made Queen’s character have more of a Malcolm X personality whereas Slim’s character was written to be more like Martin Luther King and by the end of the film Slim and Queen switch roles. You can see this throughout the film from Queen and Slim’s differences in how they live their lives, religious beliefs, their outlook on life, destiny, love and even their relationships with their families. They couldn’t be more opposites and Queen even jokes throughout the movie that Slim would have not been her type. 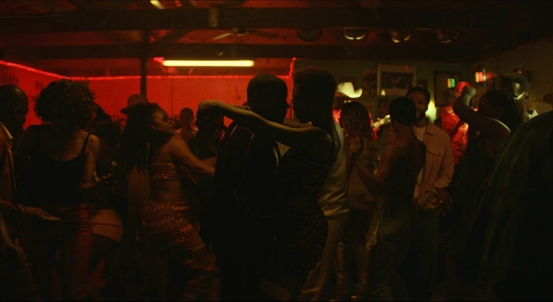 This made me think how many people have we all met in our lives that we met once and wrote them off, but what if we had given them a chance and truly gotten to know them would we have hit it off? There is this myth or belief that when you meet your soulmate you instantly have this connection, but what if that is far from the truth? This film touches on just that, but with a deeper message. Also the conversations between Queen and Slim in between scenes were beautifully done. It gave the film a spoken word type vibe!

I highly recommend this film whether you see it in theaters or stream it online. I will definitely be buying a copy once it releases. The soundtrack to this film was amazingly picked as well! It gave the story even more life! I love that there are more films bringing back original soundtracks created for the film. It brings me back to the era of 90’s soundtrack that were filled with Rap and R&B. Go watch this film you won’t regret it!